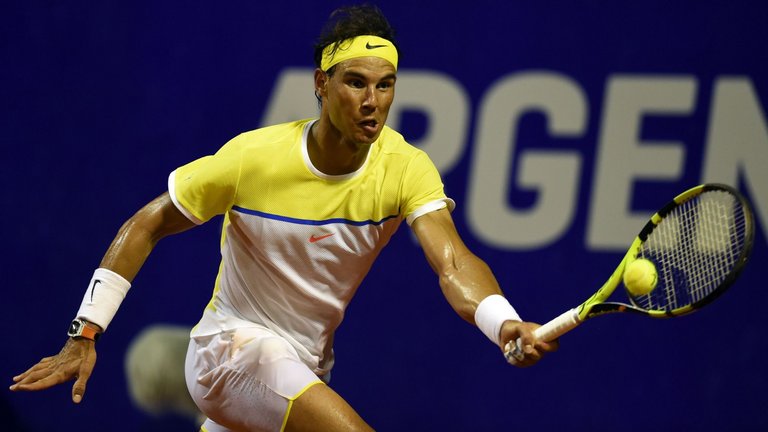 Rafael Nadal swept past Fabio Fognini 6-1 7-5 to reach his fifth Miami Open final – and set up another blockbuster against his great rival Roger Federer.

Fognini proved no match for rejuvenated Spanish superstar Nadal in Friday’s first semi-final, the multiple major winner never facing a break point and staying on top of the Italian’s serve in south Florida to get the job done in just 90 minutes.

Nadal and Federer will meet for the 37th time at Crandon Park on Sunday – and the second this year after 35-year-old Federer beat his Spanish rival in the Australian Open final in January.

“It’s great to be in the final…for me, doesn’t matter the opponent. I am happy to be in that final again, and I am excited to play another final of an important event,” Nadal, who will attempt to win his first ever Miami Open title, told reporters.

“My serve worked well,” he said. “I think I didn’t face a break point during the whole match, so that is something that I am very happy with. That gives you calm when you have opportunities on the return and you don’t convert.”

The 18-time Grand Slam champion Federer maintained his remarkable return to form this year but was made to work by the in-form Kyrgios in a semi-final clash lasting over three hours.

“It felt very good,” said the Swiss icon, who last won the Miami title in 2006. “You don’t very often play three breakers in a match.

“Winning breakers is always such a thrill. I tried to really fight for it. I can’t always show my fighting skills, it is great winning this way.”

Roger Federer is currently priced 1.70 in the 2017 men’s Miami Open final match betting and Rafael Nadal is available to back in the same market at 2.05.