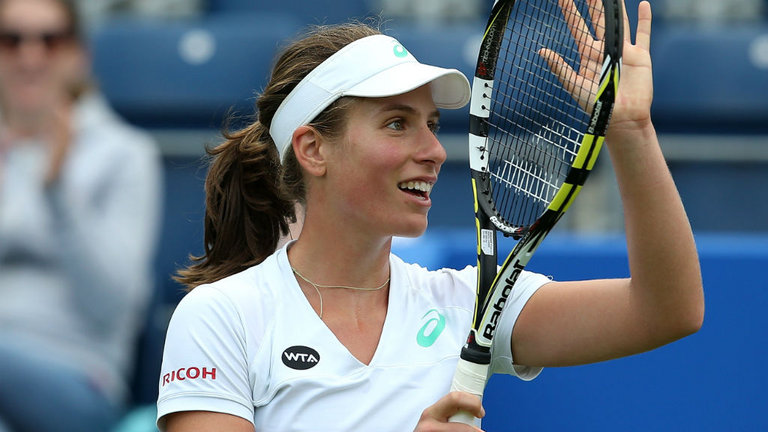 British number one Johanna Konta proved too much for compatriot Heather Watson as she advanced into the third round of the BNP Paribas Open at Indian Wells, winning 6-4 6-4.

Konta, 21.00 to win the French Open, was slow out of the blocks and struggled to find her rhythm in the first set.

It was the first meeting on the WTA tour between the British duo and Watson was very much a match for her higher-ranked Fed Cup team-mate for much of the first set.

However, after a number of unforced of errors Konta eventually won the ninth game before going on to take the first set.

Konta then won eight points in a row at the start of the second as she found her groove but Watson eventually rallied from 5-1 down after a number of errors on her own serve.

Watson served nine double faults before winning three successive games but Konta proved her quality in the end to advance to the next round.

The world number 11 sealed the win in 94 minutes and admitted she enjoyed the experience.

She said: “It was definitely a brilliant experience for both of us as Fed Cup team-mates and I am very happy to have come through it.”

In the men’s event both Kyle Edmund and Dan Evans secured wins to progress into the next round.

Edmund beat Portugal’s Gastao Elias 6-1 6-3 to set up a second-round meeting with Novak Djokovic, while Evans will take on Kei Nishikori after overcoming Dustin Brown 6-1 6-1.