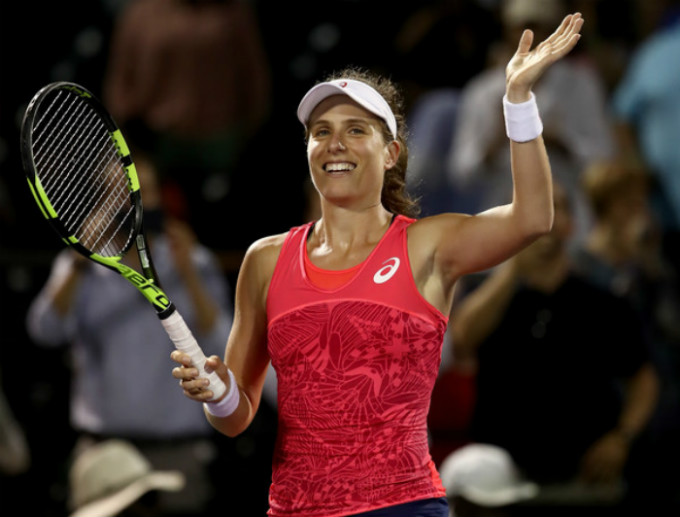 Johanna Konta says she will not be lulled into a false sense of security by her routine win over Caroline Wozniacki earlier this year when they meet in the 2017 women’s Miami Open final.

The progressive Sydney-born British star will climb to a career-high ranking of world number seven if she can claim the biggest prize of her career in south Florida on Saturday in what will be her second final in the last six months, following her China Open defeat by Agnieszka Radwanska.

The 25-year-old, who is 9-6 against top-10 opposition since the start of the 2016 season, could be forgiven for thinking she only has to turn up to improve on her 6-3 6-1 thumping of Wozniacki in just 67 minutes in the third round of the Australian Open, but Konta knows she faces a rejuvenated opponent.

“I remember I played very well that match,” she told reporters. “Until the very end I knew that it was never for certain. I think that’s the thing with Caroline: she never goes away. She’s there until the very, very last ball.”

Konta heads into the Crandon Park showpiece following wins over world number five Simona Halep and multiple major winner Venus Williams, but is taking nothing for granted against the Danish fans’ favourite.

Wozniacki is contesting her third final of the calendar year after Doha and Dubai – the most on the WTA Tour this season – and is targeting her first title of 2017.

“Against Caroline, I’m definitely going to be looking forward to playing a lot of balls and a lot of tough points,” Konta said.

“She’s one of the best athletes in the game. She ran a marathon for goodness sake. I’m sure it’ll be a match where I’ll be running for a lot of balls.”

“I think I will try to enjoy this final a little bit more,” Konta said, reflecting on her China Open final defeat. “I think I may have just not enjoyed the whole experience as much as I would’ve liked.”

Johanna Konta is available to back at 1.85 in the Dafabet match betting and Caroline Wozniacki is currently trading at 1.83.