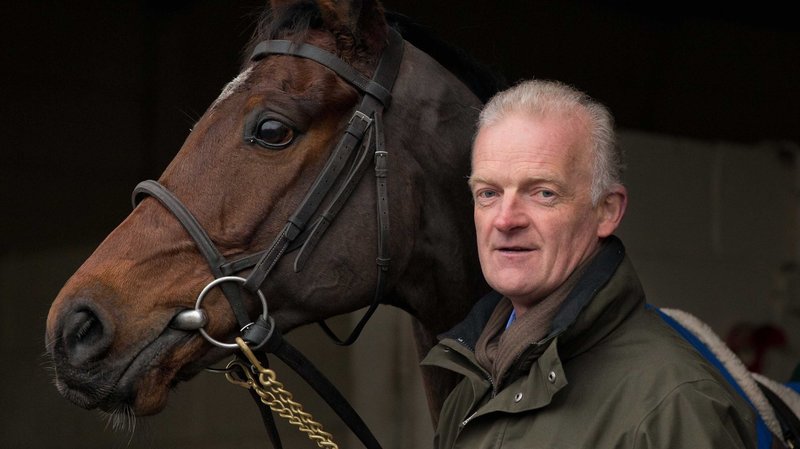 Trainer Willie Mullins has refused to rule out the possibility of supplementing Limini for the Champion Hurdle at the 2017 Cheltenham Festival next month.

Limini already has an entry in the Mares’ Hurdle for the coveted meeting at Prestbury Park and is the 2.75 favourite to clinch victory, just ahead of 3.25 shot Vroum Vroum Mag.

However, the six-year-old produced a magnificent performance at Punchestown last time out when beating Apple’s Jade into second by a comfortable two lengths.

That display has got Mullins thinking about potential Festival plans and the Irish trainer says he will need to have a discussion with owner Rich Ricci.

“I haven’t really discussed it with the owner but it (the Champion Hurdle) is certainly something that has to be thought about,” he told the Irish Independent.

“She has lots of pace in the way that she works. Two miles or two-and-a-half miles really makes no difference.”

Limini would follow in the footsteps of stablemate Annie Power if supplemented for the Champion Hurdle after the latter won the race at Cheltenham last year, having triumphed in the same Punchestown contest 12 months ago.

A star-studded field is taking shape for the event at Prestbury Park and Buveur D’air is currently leading the market at 3.50, narrowly ahead of Yanworth at 4.50.

Henry de Bromhead’s Petit Mouchoir, who has recorded back-to-back wins at Leopardstown, is next in the betting at 5.50, Brain Power then follows at 8.00 while Vroum Vroum Mag is a 9.00 chance.

The Nigel Twiston-Davies-trained The New One, who picked up a one-length victory at Haydock Park last time out, is an outside bet at 15.00.