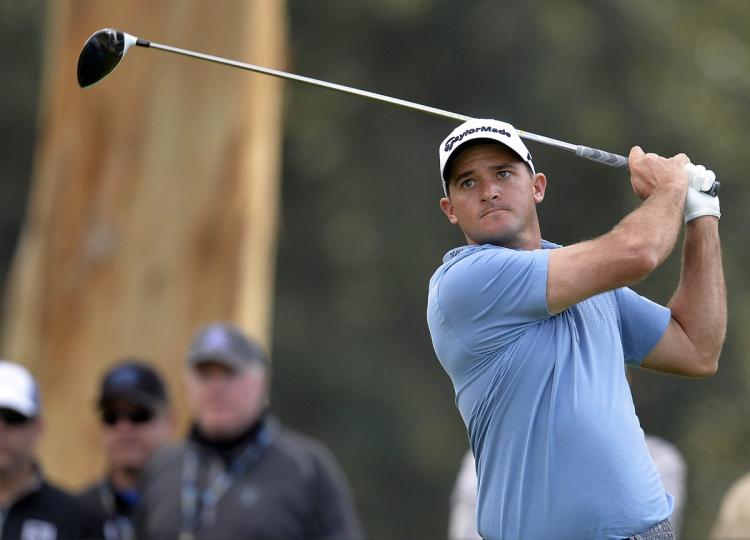 Sam Saunders, grandson of the late Arnold Palmer, holds a two-shot lead after the opening day of the fog-delayed Genesis Open.

The American carded an unblemished seven-under-par score of 64 to move two shots clear of the chasing pack, although 48 players will need to complete their first rounds on Friday, as heavy fog disrupted proceedings at Riviera Country Club.

Saunders is looking to follow in his grandfather’s footsteps by winning the tournament, as Palmer achieved the feat on three occasions during the 1960s.

The world number 426 admits he never discussed course specifics with his grandfather before his passing last year, but he insists he is determined to enjoy a positive week at the venue.

“We didn’t talk necessarily specifically about this course,” Saunders said. “He just always talked about how much he loved coming out here and playing.

I think his celebrity matched pretty well with the celebrity atmosphere that you have here, so he was obviously very comfortable with that.”

Saunders is priced at 51.00 to go on and win what would be his first PGA Tour title, but he is likely to come under intense pressure from the chasing pack in Los Angeles, as major champions such as Dustin Johnson, Padraig Harrington and Phil Mickelson are all within striking distance of the lead.

Harrington, in particular, is looking to enjoy a positive week in California, as he is expected to undergo surgery in the near future to fix an ongoing shoulder problem.

The three-time major winner admits he will have to go under the knife soon, as he wants to be back to full fitness ahead of his year’s Open Championship.

“I kind of have to make a decision in the next couple of weeks,” Harrington said, “to give myself time to get ready for The Open, which is obviously the biggest thing on my schedule this year.”