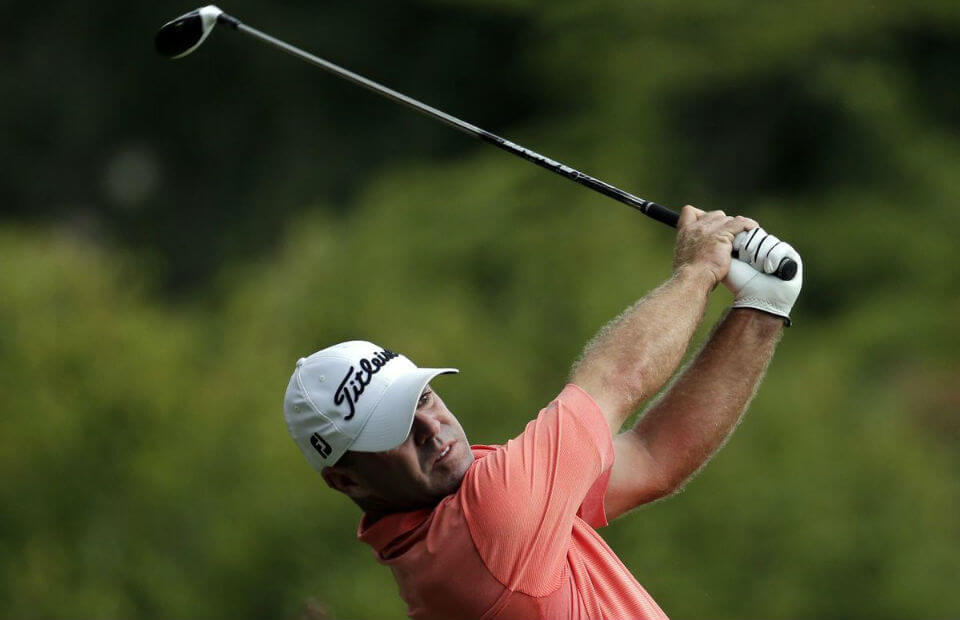 Ryan Armour has moved into a share of the lead at the Wyndham Championship after producing a career-best score of 61 during Friday’s second round.

The world number 187, who has never won on the PGA Tour, carded an unblemished round that included nine birdies, as he moved onto 13-under-par for the tournament.

The 41-year-old has spent the majority of his career bouncing between the PGA and Web.com tours, but he insists his goal at the start of the week was to challenge for glory at Sedgefield Country Club.

“I had some goals at the beginning of the week. I knew where I stood and, you know, right now the goals are attainable,” he said.

Armour is joined at the top of the leaderboard by former US Open winner Webb Simpson, who is chasing his first victory on the main tour since 2013.

Simpson followed up his opening round of 63 with a score of 64 on Friday to remain in contention, and he is planning on adopting an aggressive approach over the course of the weekend.

“Keep making birdies, stay aggressive and know that there’s plenty of good golfers behind me. I got to keep the hammer down,” said Simpson.

World number nine Henrik Stenson is a shot behind the leaders after he carded a second round of 66, while American’s Vaughn Taylor and Ollie Schniederjans remain in contention on 11-under.