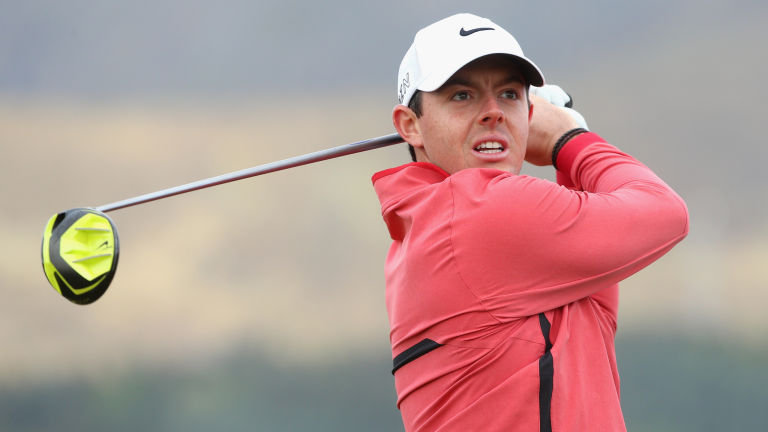 Rory McIlroy propelled himself through the field at the World Golf Championship Mexico to take a two-shot advantage at the halfway stage.

The four-time Major champion is making his first appearance after a rib problem sidelined him in January.

McIlroy knows victory in Mexico could see him regain the number one spot in the world rankings from Dustin Johnston and he is now on course to do just that.

Four birdies on the front nine put him right in contention but it was after making a soft bogey on the par-four 12th hole that McIlroy caught fire.

He responded by going birdie-eagle-birdie, including a nine-iron hole out from the middle of the 14th fairway.

He would miss decent chances for further birdies on the 16th and 18th holes, either side of a three-putt bogey on the 17th but his nine-under par halfway total was good for clear daylight at the top of the leaderboard.

Phil Mickelson, Justin Thomas and Ross Fisher lead the chasing pack on seven-under while Dustin Johnson is one shot further back.

McIlroy was happy with his play, although somewhat frustrated not to be ahead by more. “Overall, great.

Going out starting the day I would have taken a 65. I had a great chance on 16 for birdie, three-putt 17 and then miss from short range on 18.

I’m in a great position, leading going into the weekend but I feel like I could have been a few more ahead,” he said.

On his first start back from injury, the world number three admitted he tried to keep expectations under control, but he is now very much seeking a third WGC victory of his career.

“I tried to approach this week, not with low expectations, but just to see how it went – take each day as it came,” he added.

“Through the first two days I’ve played well, I’m in a good position. My body feels good – which is the most important thing, I think. If I can continue to play the way I have then I’ve got a great chance this week.”