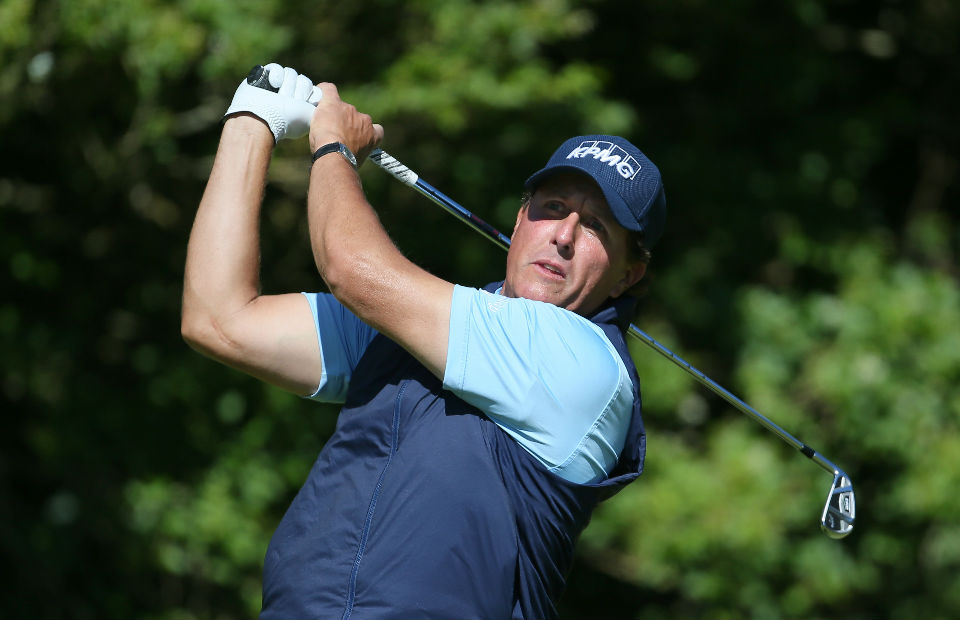 World number 26 Phil Mickelson says he is looking to move on quickly after missing the cut at the Open Championship by a massive five strokes.

Mickelson, who won the 2013 Open, struggled to cope with the wet and windy conditions at Royal Birkdale on Friday as he struggled to a disappointing seven-over-par 77.

The American made eight bogeys, one triple-bogey and just four birdies to finish 10-over for the tournament, missing the cut mark in Southport by a hefty five shots.

His accuracy off the tee on day two was only 29 per cent whilst the 47-year-old was even worse in the greens in regulation department with a 28 per cent statistic.

‘Lefty’s’ putting also uncharacteristically let him down, taking 27 putts to get round on Friday, but the five-time major winner will not be dwelling on the poor Open display.

“I don’t want to put too much stock in it, because I’ve really been hitting the ball well and playing well,” Mickelson said.

“So rather than dwell on two rough days here, I’ll go back home and get ready for these upcoming events.”

Mickelson’s compatriot Jordan Spieth is leading the way on -6 at the halfway stage after battling to a one-under-par 69 – a fantastic round given he was playing in the worst weather of the day.

American Matt Kuchar is two strokes back on -4 whilst England’s Ian Poulter, who is searching for his maiden major win, and US star Brooks Koepka are a further stroke adrift on -3.

Northern Ireland’s Rory McIlroy is also in contention for a second Open crown after he carded a two-under-par 68 to leave him five shots off the pace going into Saturday.