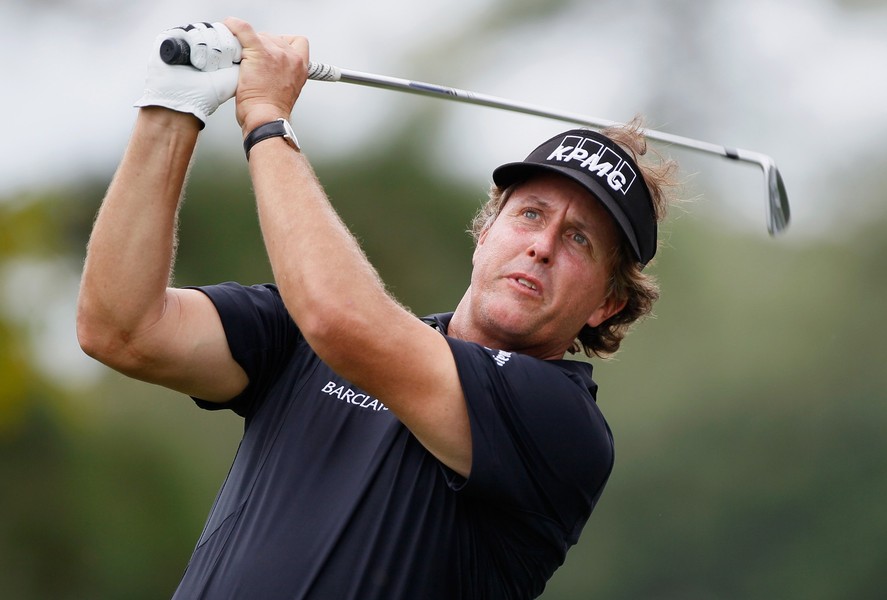 Phil Mickelson says he is relishing the challenge of playing high altitude golf after he tied for the lead in the first round of the World Golf Championship in Mexico.

The event at the Club de Golf Chapultepec sees the world’s best having to contend with the challenge of controlling their distance at 7825 feet above sea level.

Mickelson is not put off by the task at hand and he made six birdies during an opening round of 67 that saw him tied for the lead on four-under par.

There he is joined by English pair Lee Westwood and Ross Fisher along with fellow American duo Jimmy Walker and Ryan Moore and Spaniard John Rahm.

Behind the leading bunch are another group of seven on three-under that includes Rory McIlroy and Sergio Garcia.

Left-hander Mickelson was happy with his start and Mexico, as well as his overall form to begin 2017.

“We’re all facing this week of trying to control the distances with your irons and how difficult that is at altitude and how different it is. I really enjoy that challenge, I’m having fun with it,” Mickelson said.

“I hit a lot of good iron shots and I drove the ball pretty well, too, which allowed me to play a number of holes aggressively.

“It was a good start, it was a good round and I’ve really had some fun this year with where I feel my game’s at and it’s nice to start this tournament off on a good foot.”

On his return from a rib injury, McIlroy made two birdies an eagle and dropped just one stroke to sit one off the lead.

World number one Dustin Johnson is tied-20th on one-under par after mixing three bogeys and a double with six birdies during an up and down opening round.

Jordan Spieth shot level par on day one, while Sweden’s Henrik Stenson withdrew midway through the round citing a stomach virus.