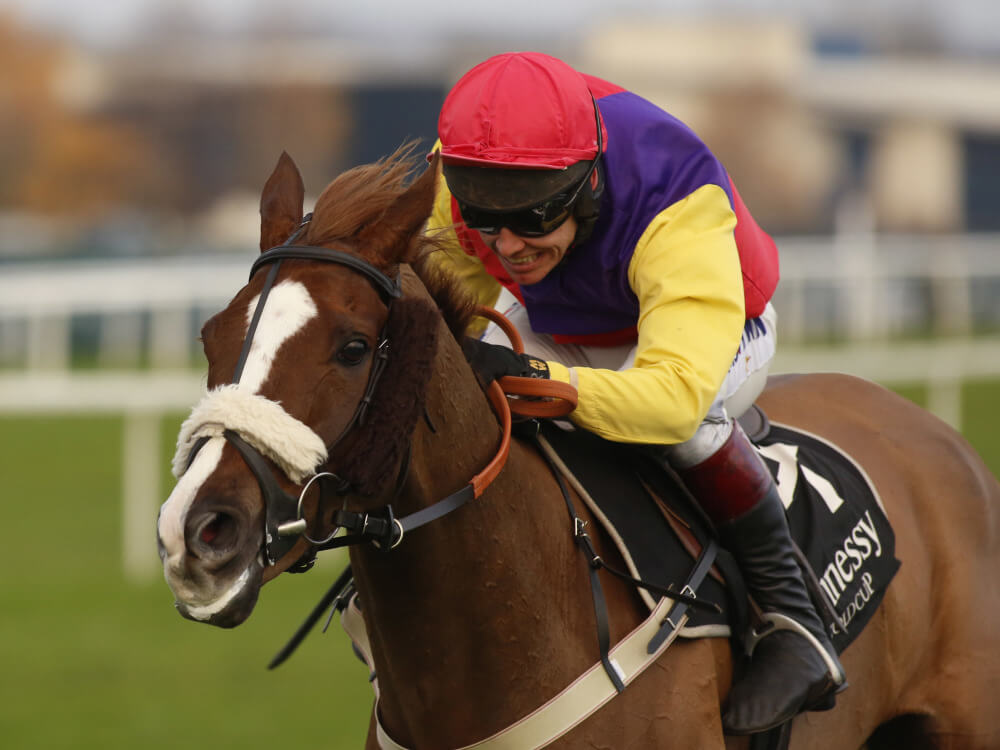 Garth Broom, the owner of Native River, admits he is delighted the horse is in with a genuine chance of winning the Cheltenham Gold Cup.

The Colin Tizzard-trained seven-year-old has exceeded expectations already this season, emerging victorious on his last three outings, including wins in the Welsh Grand National and the Hennessy Gold Cup.

The Chestnut Gelding is now considered one of the leading contenders to win the Gold Cup at the Cheltenham Festival on Friday and owner Broom admits that kind of billing is beyond his own expectations for the horse.

“We hadn’t really considered that he would be good enough for the Gold Cup, but when he won the Hennessy we thought it might be a realistic target,” Broom said.

“Then it was just a case of having a horse in the Gold Cup on merit, not thinking about having a horse near the top of the betting – if we went in there with a 20-1 shot we would be quite happy.”

Broom, who owns Native River alongside his wife Anne, admits it is a lifelong ambition for one of his horses to secure Gold Cup glory, although he admits Friday’s race will be unchartered territory for the couple.

“The Gold Cup to us is our Holy Grail and it is a lifetime ambition to try and win it”, he added.

“To think we are in with every chance of having a good run is a fantastic feeling. We are sort of going into unknown territory for us.”

Native River is priced at 5.50 to secure Gold Cup glory, as he bids to add his name to the list of horses that have previously claimed success in the prestigious race.