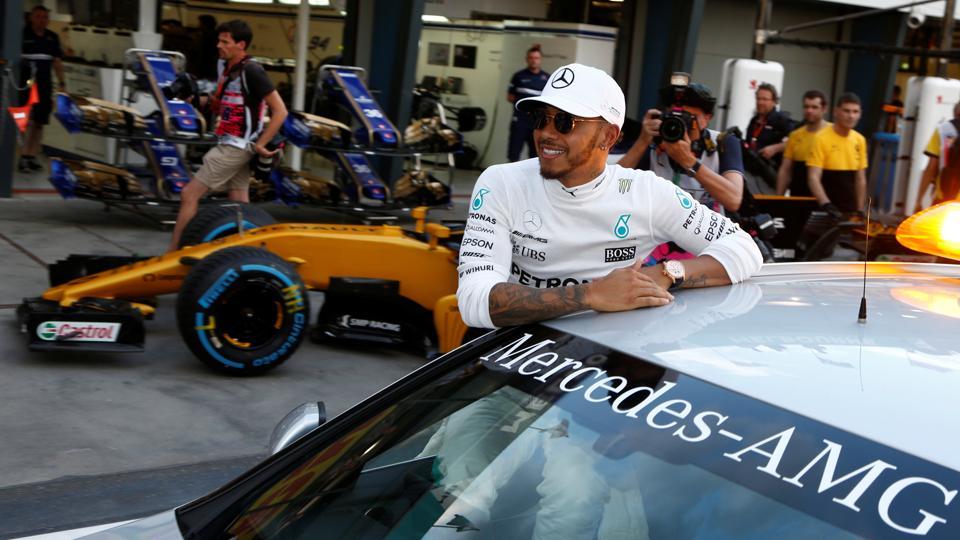 Mercedes’ Lewis Hamilton has laid down the gauntlet to his world drivers’ championship rivals as he produced a dominant display during the opening two Practice sessions for the Australian Grand Prix.

The Briton had argued in the build-up to this weekend’s action that testing pacesetters Ferrari were the favourites to claim victory during the opening race of the season in Melbourne.

However, despite those protestations, it was the three-time world champion who dominated Friday’s practice, finishing quickest in both sessions, with his time of 1:23.620 during Practice Two coming within one tenth of the quickest lap ever recorded at Albert Park.

Mercedes chief Toto Wolff was certainly impressed by Hamilton’s performance, admitting that no driver can live with the 32-year-old when he is in that kind of form.

“He’s in a league of his own at the moment,” Wolff told Sky Sports.

Ferrari’s Sebastian Vettel finished Practice Two second quickest, although he was 0.547 seconds slower than Hamilton, while Valtteri Bottas, who is competing in his first Grand Prix weekend as a Mercedes driver, finished third fastest.

Following a disastrous winter testing, McLaren-Honda showed signs of improvement in Melbourne, with Fernando Alonso ending the day 12th quickest, although he was still some 2.4 seconds off the pace.

So it appears Hamilton, a two-time winner in Australia, is the man to beat this weekend and he is priced at 1.50 to secure victory in the opening Grand Prix of the season.