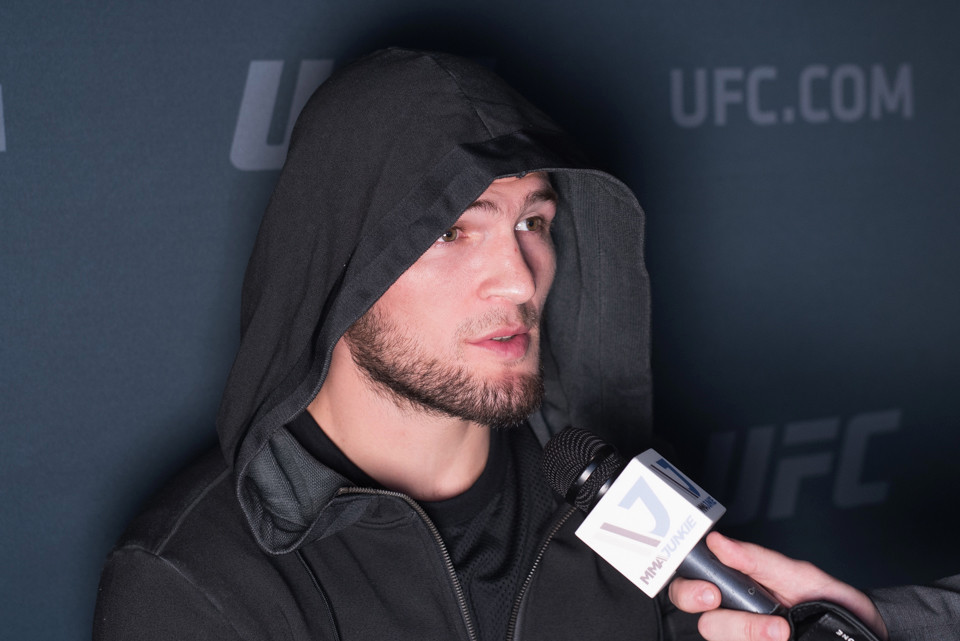 Khabib Nurmagomedov says he is going to “break” Tony Ferguson when the two bitter rivals go head-to-head in the octagon at UFC 209.

The mixed martial arts event takes place on March 4 at the T-Mobile Arena in Paradise, Nevada, part of the Las Vegas metropolitan area, with a UFC Welterweight Championship rematch between champion Tyron Woodley and Stephen Thompson the headline act.

However, many are getting excited for the co-main event as Nurmagomedov and The Ultimate Fighter: Team Lesnar vs. Team dos Santos welterweight winner Ferguson face off in an interim UFC Lightweight Championship bout.

This contest has been a long time in the making after both fighters pulled out of the two previously scheduled matches due to their respective injuries.

Both men are now itching to get into the cage together and there was a heated exchange of words at the recent conference call which lasted for over half an hour.

Nurmagomedov, who turned professional in 2008, is undefeated from 24 fights and he had some strong words for his opponent ahead of UFC 209. “I’m going to break this guy,” he said during conference call for UFC 209.

“He thinks he’s tough but when cage close and it’s me and him alone inside the cage, I’m going to break this guy.”

Ferguson will be no easy challenge, though, and the American, who has a 23-3-0 record, has racked up nine consecutive victories – the most recent win a unanimous decision over Rafael Dos Anjos.

The 33-year-old from California responded in fierce fashion to the comments from Nurmagomedov with the former eyeing victory.

“You try to take me down,” Ferguson warned. “You’re going to find out exactly how sharp my elbows are!”