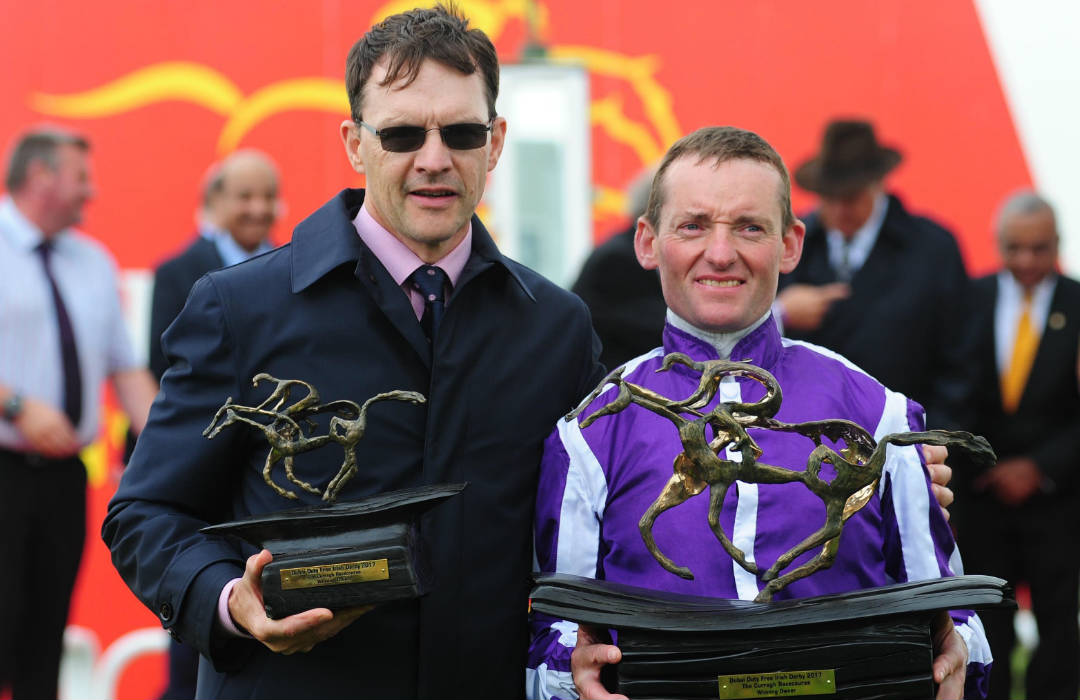 Aidan O’Brien will be targeting a near-full assault on the Dubai Duty Free Irish Derby at the Curragh on Saturday (17:20) when he sends out five of the nine runners.

Wings Of Eagles, a shock big-price winner of the Epsom Derby, will have retained rider Ryan Moore handling the controls and the three-year-old colt is the current 3.50 joint-favourite with Waldgeist for trainer Andre Fabre in the Group 1 showdown.

Next in the betting at 3.75 is the son of Frankel, Cracksman, who was third to Wings Of Eagles last month, for jockey Pat Smullen and trainer John Gosden.

The multiple major-winning trainer O’Brien is excited by the chances of his string and revealed workouts had gone to plan ahead of the big race.

He told reporters: “We are very happy with Wings Of Eagles and we’ve been happy with all the horses and their preparation for the Irish Derby on Saturday.

“In the Epsom Derby we found out a lot about all the horses and we were very happy with them all really, and they seem to be quite versatile.”

Capri, Douglas Macarthur and The Anvil will renew hostilities with Wings Of Eagles as they look to reverse running on the Epsom Derby winner, but O’Brien suggested the outcome was not a formality.

He said: “Wings Of Eagles is in good form and Capri ran very well at Epsom, as Seamus [Heffernan] expected he would.

Colm [O’Donoghue] was happy with Douglas Macarthur at Epsom and we’ve also declared Taj Mahal, who ran well at Ascot, and The Anvil.

“The Curragh is a very fair track and usually every horse, if they are good enough, they get a good clean shot at it. It’s one of the fairest tracks in the world.”