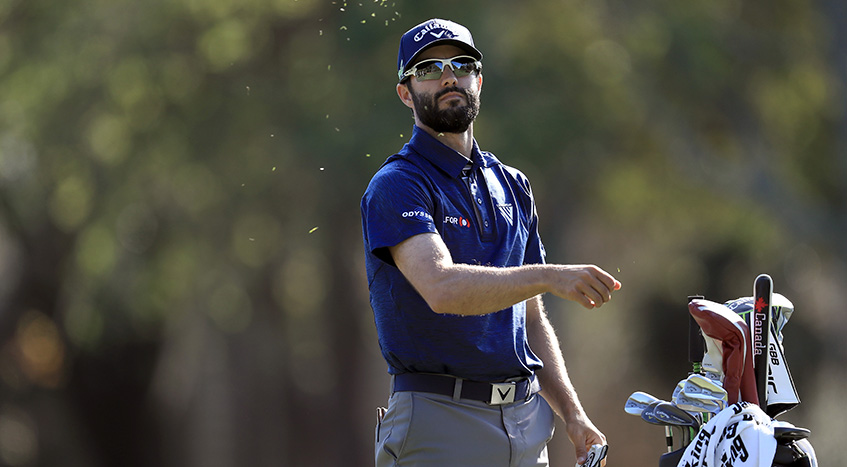 Canadian Adam Hadwin shot a stunning round of 64 to move one-shot clear at the halfway stage of the Valspar Championship in Tampa.

Hadwin, 4.50 to win the event, had fired a 68 on day one but he kicked on after securing five consecutive birdies around the turn.

He then converted another birdie opportunity at the 17th to ultimately finish his round on 10-under par, one shot clear of overnight leader Jim Herman.

Herman’s 62 on day one was soon forgotten as he could only manage a level-par round of 71, while Open champion Henrik Stenson remains in contention three shots off the pace.

The Swede is tied alongside Dominic Bozzelli, and Russell Henley at the Copperhead Course at Innisbrook and they all sit behind Tyrone Van Aswegen who is alone in third on eight-under par.

Van Aswegen climbed 21 places after his round of 65 but the headlines belonged to Hadwin, who was pleased with his ball striking.

He told reporters: “That was certainly something you don’t think is going to happen but I hit a lot of good shots today, especially five in a row there, 10 through 14.

“It’s nice to see the ball-striking kind of come around and the putter stay where it has all year.

“I gave myself a ton of looks out there. I hit a lot of fairways, as well, which makes it a lot easier to attack some of these flags, and the putter stayed hot and I made a few more putts than I did in the first round.”