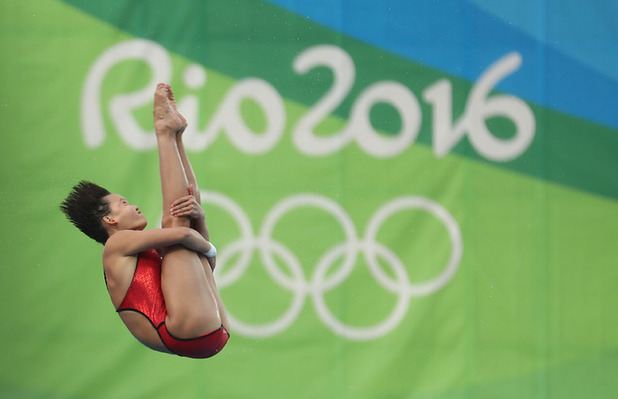 Qian fell behind 17-year-old team-mate Si Yajie in the preliminary and semi-final, but strung together a great list of dives in the last stage to outscore her compatriot and other tight rivals and become the youngest to win gold in this year’s Summer Games.

The 15-year-old, who won silver in last year’s world championship in Russia, scored 439.25 points in the medal stage in Rio, almost 20 points ahead of teammate Si, who received a silver medal with 419.40 points.

Canadian Meaghan Benfeito, who won bronze in the synchronized platform, took home another bronze medal with 389.20 points in the 10m platform.

China has already won gold in six of the seven disciplines finished in this Olympics, and is heavily favored to win the last competition with three-time 10m platform world champion Qui Bo playing in the final.

Of all the disciplines already ended, China only failed to win gold in the men’s synchronized 3m springboard as their participants Cao Yuan and Qin Kai can only win bronze. Great Britain’s Chris Mears and Jack Laugher won the gold, followed by USA’s Sam Dorman and Michael Hixon.