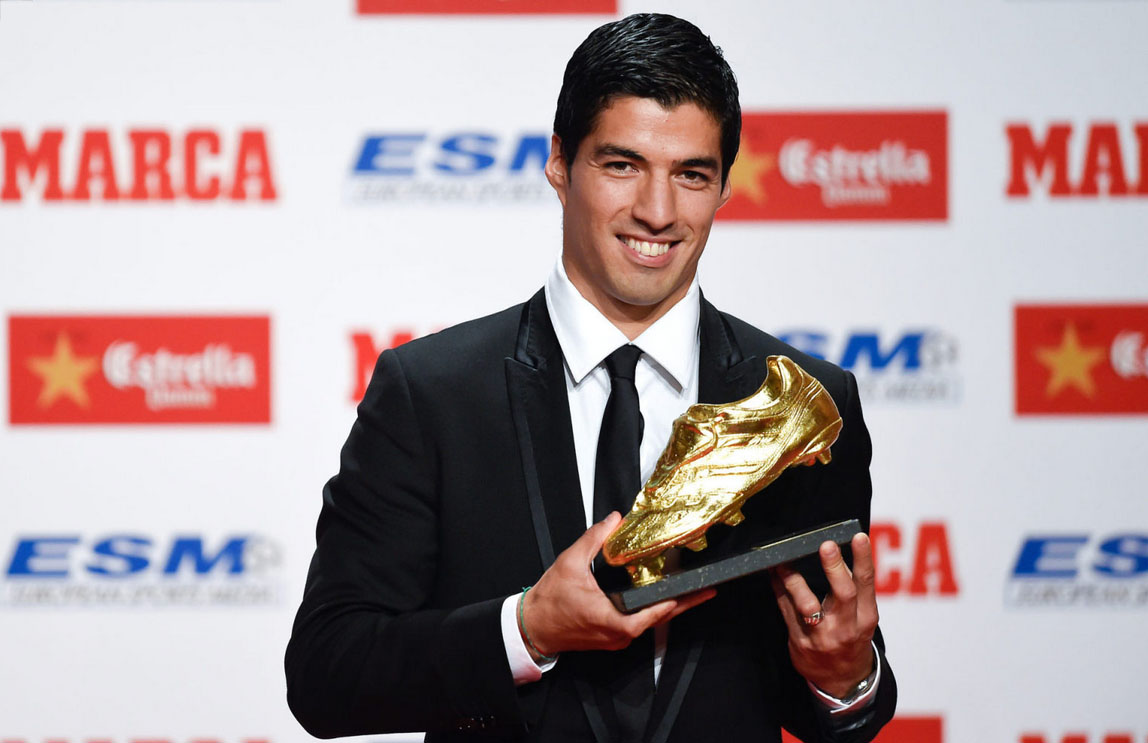 The Barcelona striker, who moved from Liverpool to the Catalan squad in 2014, scored a brilliant 40 goals in La Liga last term during which Luis Enrique’s side nipped Real Madrid to claim the crown.

Suarez, 29, came ahead of Argentine striker Higuain, scorer of a Serie A record 36 goals for Napoli, while Real Madrid icon was third with 35 goals.

It was the second time Suarez captured the Golden Shoe. In the 2013-14 season, he shared the prize with Ronaldo after converting 31 times for Liverpool in the Premier League.

“I didn’t imagine myself as the top scorer, I only thought about being a champion, winning the Champions League, which I have done,” said the 29-year-old Suarez during the awarding ceremony held in Barcelona.

As to among the goals that stood, Suarez said it came in the 4-0 annihilation of Madrid at the Santiago Bernabeu Stadium.

Suarez, who also said he wants to end his career at Barca, paid tribute to his teammates particularly Lionel Messi and Neymar, with whom he has formed one of the best attacking troikas in the history of the game.

“I want to thank Barca for bringing me here and allowing me to fulfil my goals. My team-mates play a part in all my goals,’’ he quipped.