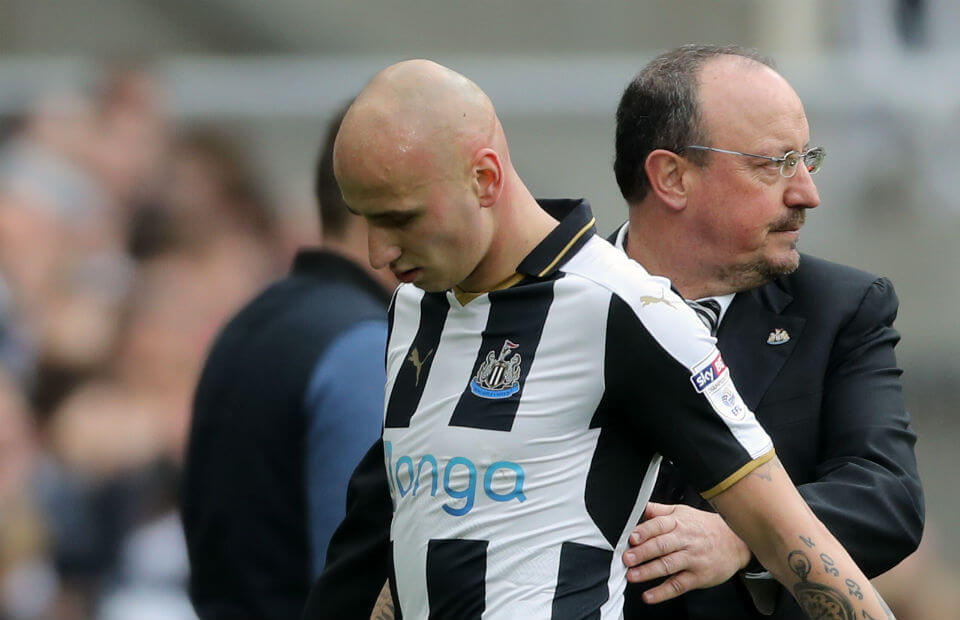 Newcastle boss Rafael Benitez has warned Jonjo Shelvey that he is not guaranteed his place back in the team once he returns from suspension.

The England international is currently serving a three-match ban following his sending off for stamping on Dele Alli during last weekend’s 2-0 defeat to Tottenham at St James’ Park.

The 25-year-old’s career has been dogged by disciplinary issues, but Benitez insists the midfielder is working hard to improve his temperament.

“He knows he made a mistake and everyone agrees with that,” the Spaniard said.

“He is the first one that wants to change, wants to improve. We have been working on that and so is he.”

Shelvey will miss the Magpies upcoming matches against Huddersfield, Nottingham Forest and West Ham and Benitez admits there is no guarantee the former Liverpool man will return to the starting line-up, particularly if Newcastle win all of those matches.

“If we win three games in a row, then we will not talk about team selection, we will talk about how many times we can repeat the team,” Benitez added.

“We will talk about the situation later. The players understand, they try to help him, but at the same time he is important and he has to behave as well.”

Newcastle will travel to the John Smith’s Stadium to take on Huddersfield on Sunday.