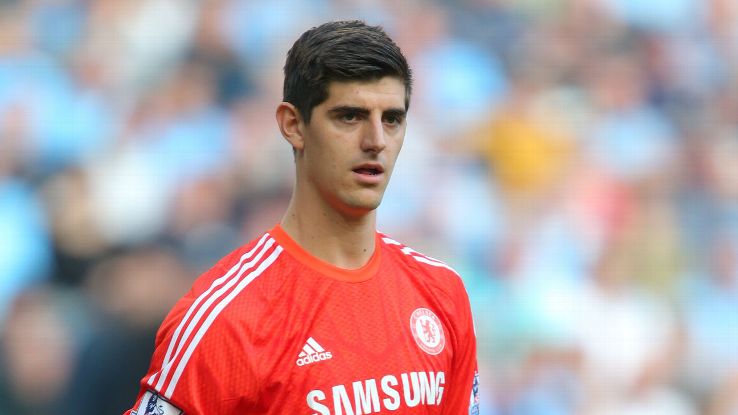 Pressure good for us – Thibaut Courtois

Thibaut Courtois believes the pressure on Chelsea to maintain their position at the top of the Premier League is getting the best out of the players this season.

Chelsea have been in fantastic form this season and the club are right on course to reclaim the title they lost to surprise champions Leicester City in the previous campaign.

However, the Blues, who are 1.05 favourites to lift the trophy this year, suffered a rare blip at the start of April when they suffered a disappointing 2-1 defeat to Crystal Palace.

Antonio Conte’s men showed their resolve to bounce back to winning ways with a 2-1 triumph over Manchester City before easing past Hull City 3-1 last time out.

Chelsea do have a difficult run of games for the remainder of their campaign with games against Manchester United, Tottenham Hotspur, Southampton, Everton, Middlesbrough, West Bromwich Albion, Watford and Sunderland.

Belgium international Courtois is adamant his side will be able to get the job done and ensure they remain at the summit come the end of the season.

He told Sky Sports News HQ: “I think it’s good for us to be under pressure, I think the pressure is more on the teams behind us that need to win to close the gap.

We have the pressure to keep winning and to keep the gap at seven points. “We are confident and you can say it’s ours to lose but if at the end somebody finishes above us, they will have deserved it more over the course of 38 games.”

Chelsea take on the Red Devils at Old Trafford on Sunday and the visitors will be hoping PFA Player of the Year nominee Eden Hazard can continue his fine run of form.

The Belgian has scored 14 goals from 29 Premier League appearances and he is a big outside shot at 126.00 to finish as the league’s top goalscorer.