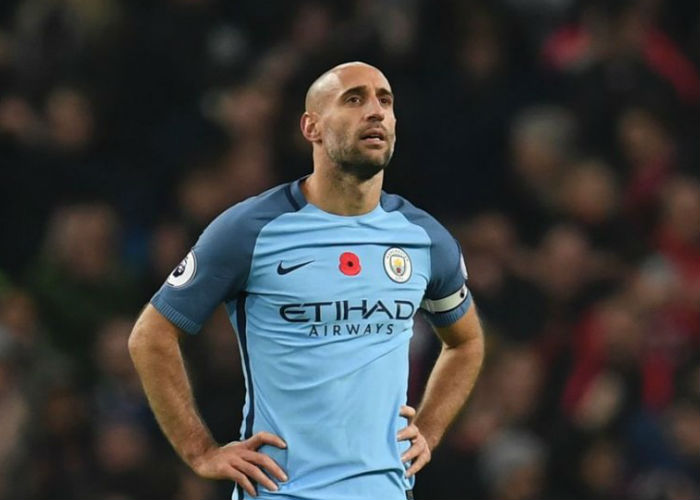 Argentina defender and free agent Zabaleta on Friday agreed a two-year deal to move to the London Stadium when his contract with the north-west giants expires on July 1.

It followed confirmation from the east Londoners that loanees Jonathan Calleri and Gokhan Tore would be returning to Deportivo Maldonado and Besiktas respectively, while Spanish full-back Alvaro Arbeloa will also leave when his contract runs out on June 30.

Slaven Bilic revealed earlier this week he wants to add “game-changers” to his squad in the summer in an effort to improve on an 11th-placed finish in the Premier League last season and young Nigeria striker Kelechi Iheanacho has emerged as a top target.

Zabaleta says his former team-mate should consider a new challenge to reboot his career and suggested he would welcome him at his new club.

“Kelechi is a young player at Manchester City and it has been tough for him, with top strikers like Sergio Aguero and Gabriel Jesus in the team but he has a great future,” he told the Evening Standard.

“I think he needs to go somewhere, prove himself and show everyone how good he is.”

Zabaleta made 333 appearances for City, winning two Premier League titles, the FA Cup and two League Cups, but said the time was right for him to start a new chapter in his career.

“Sometimes a new challenge is what you need as a person and a player. I hope I can give you good moments,” he said.

“I’m ready for it and looking forward to it. I wanted to keep playing in the Premier League. It is an absolute pleasure to be part of West Ham.”