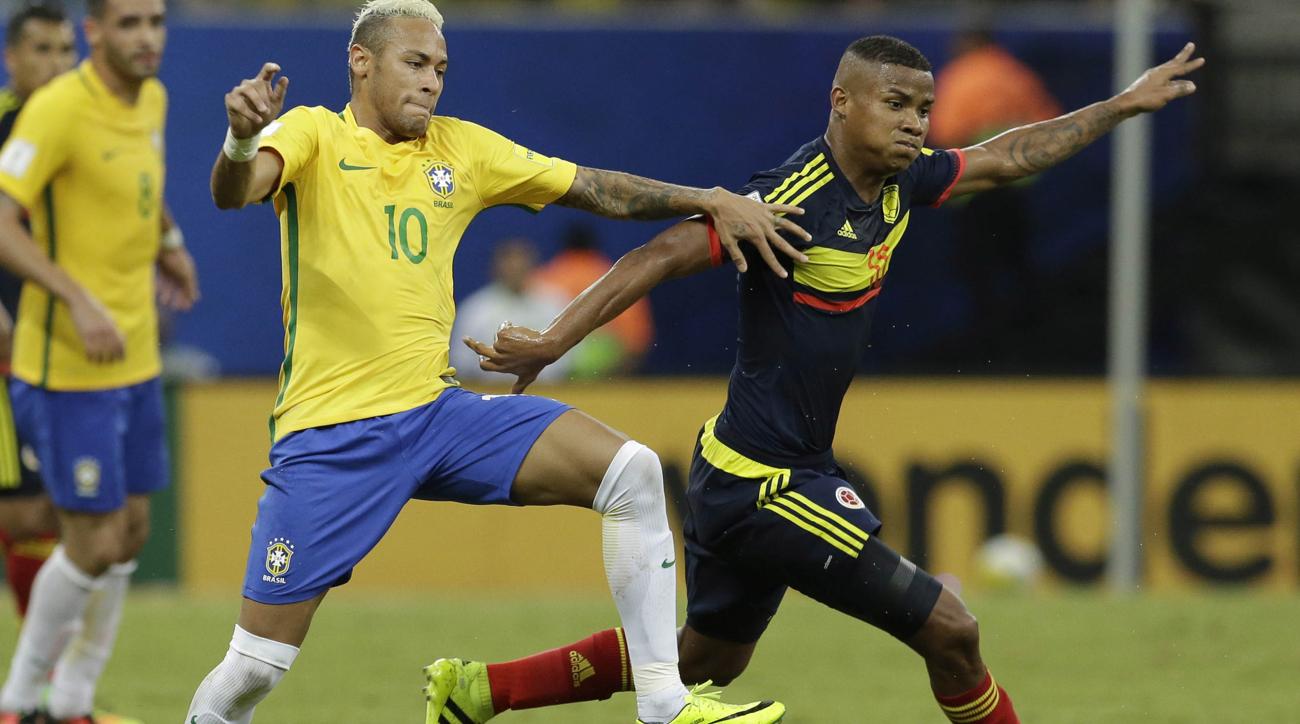 When the going got tough, Brazil turned to no one else but their talismanic captain – Neymar.

The Barcelona striker essayed the hero’s role again as Brazil hurdled Colombia 2-1 in their World Cup qualifying match for Russia 2018 on Wednesday.

Fresh from steering Selecao to the gold medal in the Rio 2016 Olympics, the 24-year-old Neymar hit the winner with 16 minutes left in Manaus.

He fired home a low strike after being set up by Philippe Coutinho to frustrate the visitors.

It was Neymar’s 48th goal in 72 international games and moved him equal with Zico on Brazil’s all-time goal-scoring list.

The hosts went 1-0 up after Miranda scored in the second minute at the Arena da Amazonia. Neymar supplied the corner assist to the Inter defender, who headed the ball to the target.

But Colombia responded in the first half, although it was not somebody from the squad who made it 1-1 as Brazil midfielder Marquinhos put the ball past his own goalkeeper Alisson following a free kick from Colombia striker James Rodriguez.

New coach Tite’s men had the final say though as Neymar lifted them to second spot in the CONMEBOL standings, level on 15 points with Argentina and one behind leaders Uruguay after eight matches.  Colombia are fourth with 13 points, same as Ecuador.

Brazil resume their campaign against visiting Bolivia on October 7.