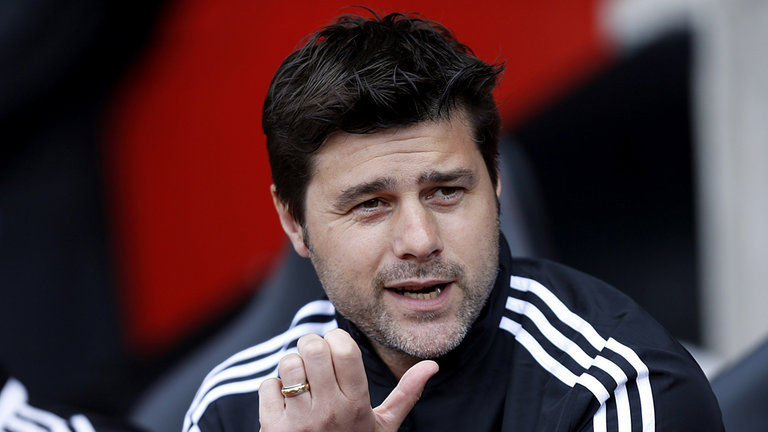 Tottenham coach Mauricio Pochettino has played down suggestions that he could take over at Barcelona next season after admitting his love for rivals Espanyol.

The former Southampton coach has been linked with the job at Camp Nou since Luis Enrique confirmed his decision to step down.

Enrique’s decision has seen a number of managers all linked with Pochettino and Ronald Koeman reportedly on Barcelona’s wishlist.

Pochettino played down any reports earlier this month but he was pictured with Barcelona president Josep Maria Bartomeu during the international break.

However, the 45-year-old insists the two randomly bumped into each other and joining Barcelona would go against his beliefs.

He told reporters: “It was a coincidence in a bar in Barcelona last Tuesday because I’ve known him [Bartomeu] for a long time [since] before he became chairman of Barcelona and, you know, many people around us saw us and said hello.

“We spent five minutes together but that was the reality and, you know, the rumours after are impossible to stop.

“But I am an Espanyol supporter and I think I don’t need to say too much. It’s like if one day Daniel Levy sacked me after a few years, for me it would be impossible to manage Arsenal.

Pochettino will now focus on Spurs’ next match against Burnley and they are 1.70 to win away from home, while the draw outcome is 3.75, with Burnley priced at 5.50.