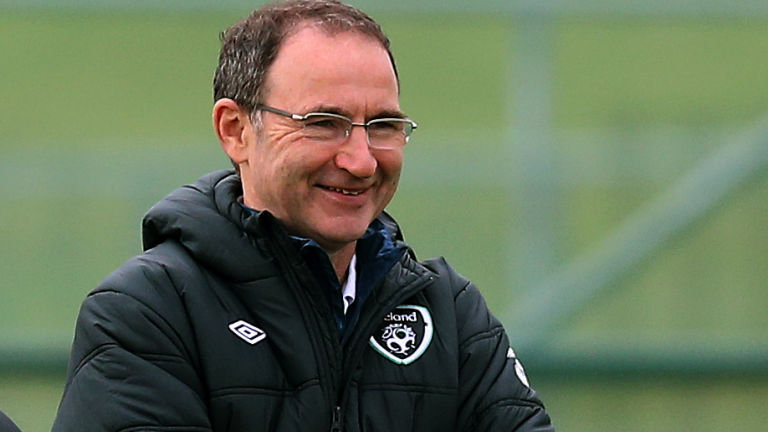 Republic of Ireland boss Martin O’Neill believes his side must prove their World Cup credentials all over again – starting with Friday night’s qualifier against Wales at the Aviva Stadium.

The Green Army are currently top of their qualifying group after collecting 10 points from their opening four matches, as they bid to qualify for their second successive major tournament and first World Cup since 2002.

O’Neill’s men are two points clear of nearest rivals Serbia in the standings, while they are four points ahead of Wales, but despite their commanding position, O’Neill believes his players will need to prove their capabilities once again when they take on Chris Coleman’s side.

“Every single game that you play, you have to go and prove yourself,” said O’Neill.

“We have some results that went before that won’t count for anything at all.

“We have some points on the board, which is great from that viewpoint, but again we’re on show tomorrow night and we have to go and prove ourselves again.”

Ireland will head into the match without a number of key players after Shane Duffy, Ciaran Clark, Wes Hoolahan, Harry Arter and Daryl Murphy were all ruled out through injury, while James McCarthy is a major doubt and Robbie Brady is suspended.

O’Neill admits it is a blow to lose so many key players, but he believes he has enough quality within his squad to cope with their absence.

“We’ve lost a couple of good players, but I think we have players who can come in, who want to come in and they want to play,” O’Neill added.