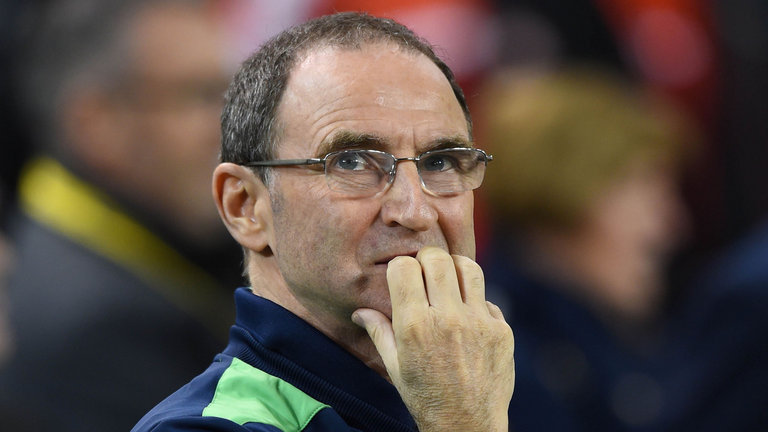 Republic of Ireland manager Martin O’Neill described the news Seamus Coleman suffered a horrific leg fracture in the goalless draw against Wales on Friday as “a big loss to Everton, a big loss to us”.

The defender was given oxygen at the Aviva Stadium before he was stretchered off following a challenge by Neil Taylor, who was sent off.

The incident happened in the second half as the Irish gained a point but missed out on returning to the top of Group D because of Serbia’s victory against Georgia earlier on Friday.

“Seamus has gone to hospital, it’s been confirmed by a doctor that he has broken his leg,” a devastated O’Neill told reporters.

“Obviously, it’s a real blow to him. He’s having the season of a lifetime at club level. He’s a big player for us, a great captain and a great character.

Coleman’s Everton return to Premier League action in the Merseyside derby against city rivals Liverpool at Anfield on April 1.

Liverpool are currently trading 1.60 to win in 90 minutes and the draw outcome is quoted 3.80 while Ronald Koeman’s men are available to back at 5.25.

“We are told that it is not so good, which we are sorry for.

“Neil Taylor is not really that type of player, but it’s a tough one for Seamus. Our thoughts are with him. I have not seen it again.”

The Republic’s next 2018 World Cup qualifier is at home to Austria on June 11.

Everton, who trail Liverpool in fourth place in the league by six points, are on offer at 51.00 to qualify for Champions League football next season.