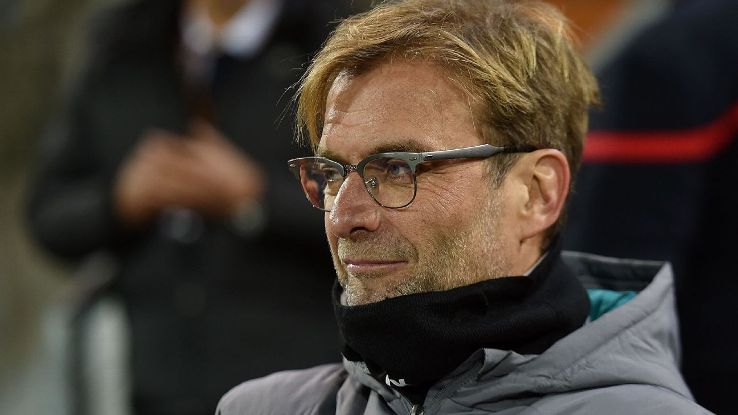 Liverpool manager Jurgen Klopp is adamant he is the right man to bring trophies to the club as he tries to end their wait for the Premier League title.

The Reds have not won a league title since 1990 and they are seemingly out of the title race this season, despite sitting fourth in the table.

Klopp’s men were in the hunt after Christmas but a disappointing January cost them dear.

Liverpool are 11 points behind leaders Chelsea and face a difficult game against Manchester City on Sunday.

For now, Klopp is focused on securing a top-four spot ahead of next season but the former Borussia Dortmund manager believes he can bring more to Anfield.

However, he has asked for patience from the club’s supporters ahead of a busy summer.

He told Soccer Saturday: “When you reach a target, it’s fantastic. If you don’t get it, it doesn’t mean you are bad or not the right person. Come on, let’s try it again.

“I always think about alternatives. Is there somebody else who could do it better?

“If I knew somebody who could do it better I wouldn’t be here. I am really convinced about the circumstances and the basis we have.

“I feel supporters still think I’m the right person in the right place so we feel that trust and faith. We have to use it but around us is a lot of quality. We need to respect this.

“It’s not only because we want it more or have wanted it for longer, it doesn’t make it more likely. We have to do it better and that’s what we are working on.”