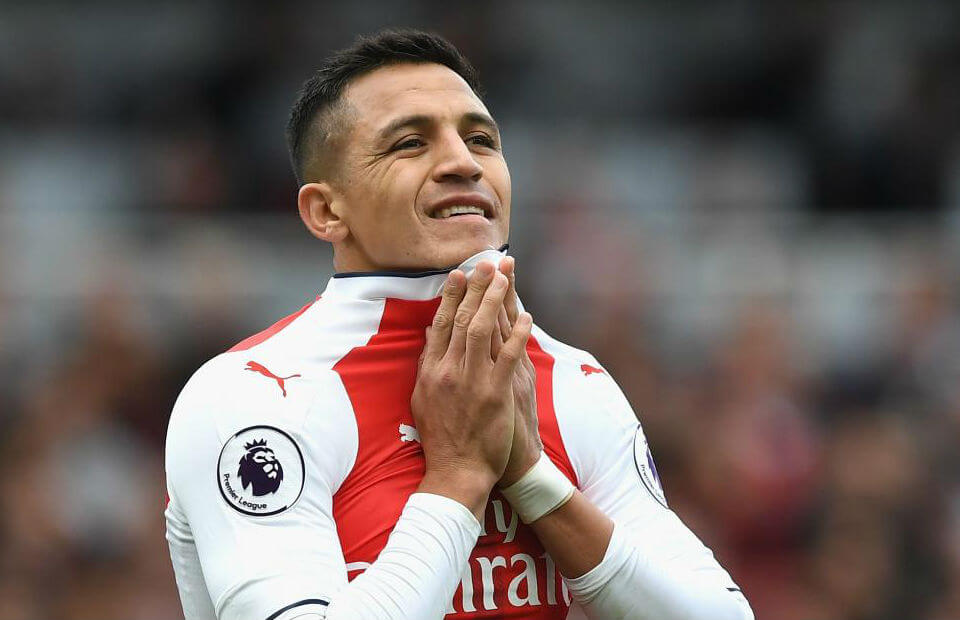 Former midfielder Emmanuel Petit has said he is worried Arsenal may no longer be able to satisfy the ambitions of talisman Alexis Sanchez and fears he will leave.

The 28-year-old forward scored 24 goals for the north Londoners in the Premier League last season, but often cut a frustrated figure as Arsene Wenger’s men drifted out of the Champions League qualification race, and he now has just one year left on his contract at the Emirates Stadium.

The likes of Manchester City, Bayern Munich and Paris Saint-Germain have been credited with an interest in the Chile international and former Gunners star Petit is concerned Arsenal no longer have the clout to keep him.

“I would love him to stay at the club, as he is the boss in this team, he is the leader and he’s got the winning mentality,” Petit said to Sky Sports about Sanchez, who is currently preparing for the Confederations Cup with his national side.

“I wish Arsenal would keep him and he stays at the club, but he’s getting interest from Man City, Bayern Munich and PSG [who] are willing to buy him and offer him what he wants on and off the pitch.

“Arsene and Arsenal know what they have to do to keep him.”

Petit also warned long-serving manager Wenger, who recently signed a new two-year contract despite only guiding the club to a fifth-placed finish last season, that he must spend big in the summer so that Arsenal hit the ground running when the new campaign starts.

“I’m sure Wenger and Arsenal are willing to change things by putting money on the table to bring in players with a winning mentality,” said Petit.

“I’m sure some players will come in soon and next season will be totally different for Wenger and Arsenal.”