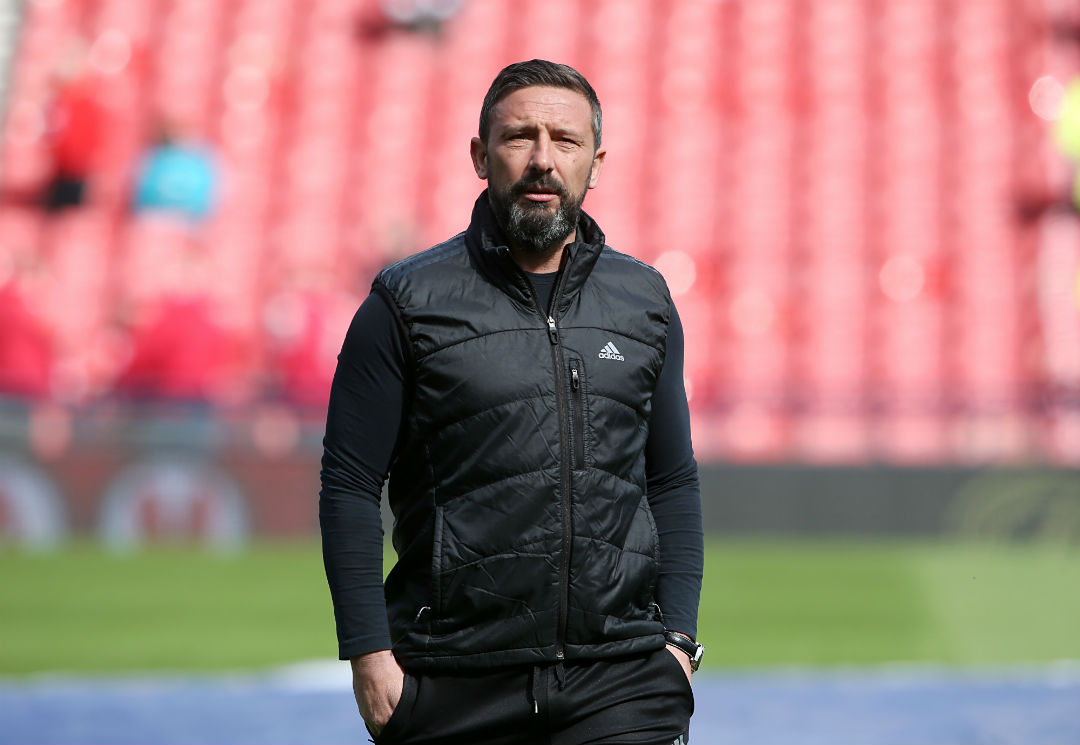 Derek McInnes has said he will not allow speculation about him becoming the new Sunderland manager affect his Scottish Cup final preparations.

The 45-year-old has emerged as a top target for the Wearsiders as they start their search for a successor to David Moyes, who resigned on Monday following the club’s relegation from the Premier League.

Black Cats chairman Ellis Short said the club would take some time for “reflection” before embarking on a replacement but McInnes, along with the Burton Albion manager, Nigel Clough, is understood to be on a shortlist drawn up by chief executive Martin Bain.

For his part, McInnes refused to be drawn directly on the Sunderland vacancy ahead of the Scottish Cup final but suggested he would only consider leaving if he felt the circumstances were right.

“I’m protective of my own career,” the former Bristol City and St Johnstone manager told reporters.

“There has been opportunities to move in the past, but I have never been in any real rush to leave Aberdeen.

“If we continue to do our jobs well there may be opportunities in the future, but a lot of things would have to be right for me to consider leaving.”

The former West Brom and Dundee United favourite was appointed manager of Aberdeen in 2013 and led the club to Scottish League Cup glory the following season.

He said speculation about his future at Pittodrie had not been an unwelcome distraction and promised his focus was on beating treble-chasers Celtic at Hampden Park on Saturday.

He said: “I still feel there is more to achieve. It has been no distraction.

“I’m aware of the speculation, but I’m thinking about winning this game.

“I have demanded focus from the players.

“I’m really happy at Aberdeen and I’ve had great experiences here and still believe there could be more to come.

“Honestly, it’s been no distraction whatsoever.”

Celtic are currently priced 1.22 in the ‘to lift the trophy’ market and McInnes’ Aberdeen are available to back at 3.75.