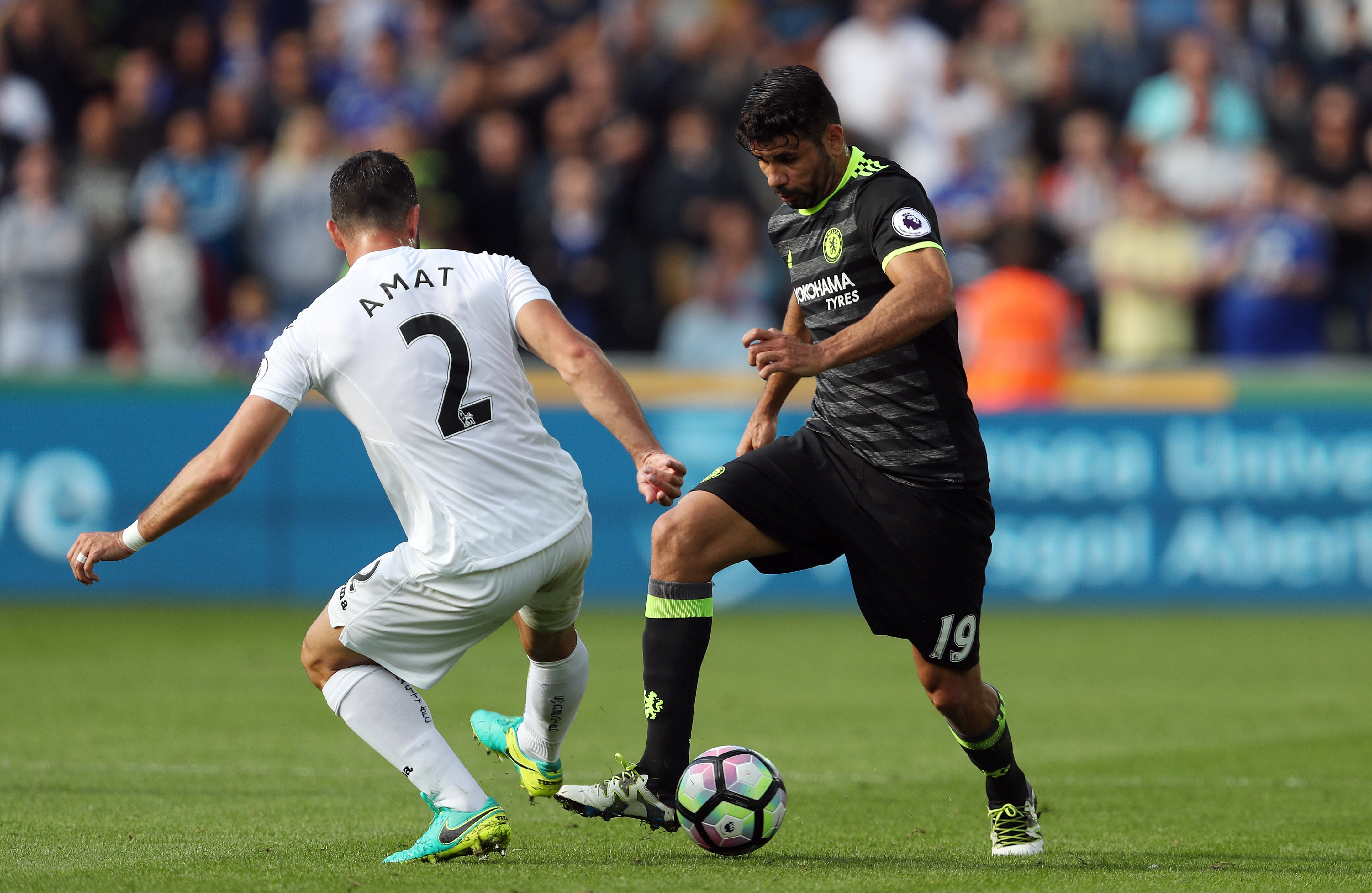 Chelsea relied on Diego Costa’s efforts to force a 2-2 draw against Swansea City in the Premier League on Sunday at Liberty Stadium.

The result enabled Manchester City to catapult atop the standings of the tournament with 12 points after four matches in the 2016-17season.

City eked out a 2-1 win over arch rivals Manchester United last Saturday and found themselves alone at the zenith after the Blues failed to win while away. Chelsea are second with 10 points, followed by Manchester United with nine points and Tottenham Hotspur with eight points.

Costa proved to be a nightmare for Swansea defenders as he scored two goals, one that pushed Chelsea to the lead in the 18th minute with a cool, side-footed shot, and another – a spectacular overhead kick in the 81st – that rescued the Blues from the jaws of defeat.

In the 59th, Chelsea goalkeeper Thibaut Courtois brought Gylfi Sigurdsson down inside the penalty area and the Iceland midfielder converted the spot-kick himself to tie the count at 1-1, before Leroy Fer stripped Gary Cahill of possession and put Francesco Guidolin’s side into the driver’s seat.

But Costa made sure the London side claimed a point although the outcome ended Chelsea’s 100 per cent start to the season and denied them the opportunity to join Manchester City at the apex of the table.

Meanwhile, Swansea ended a run of two consecutive league defeats and are at 13th place with four points.

Chelsea boss Antonio Conte did not start new signing David Luiz in his back four as Chelsea named an unchanged line-up for the first time since February, while Guidolin lined up with a three-man defence and Fernando Llorente as a lone striker.