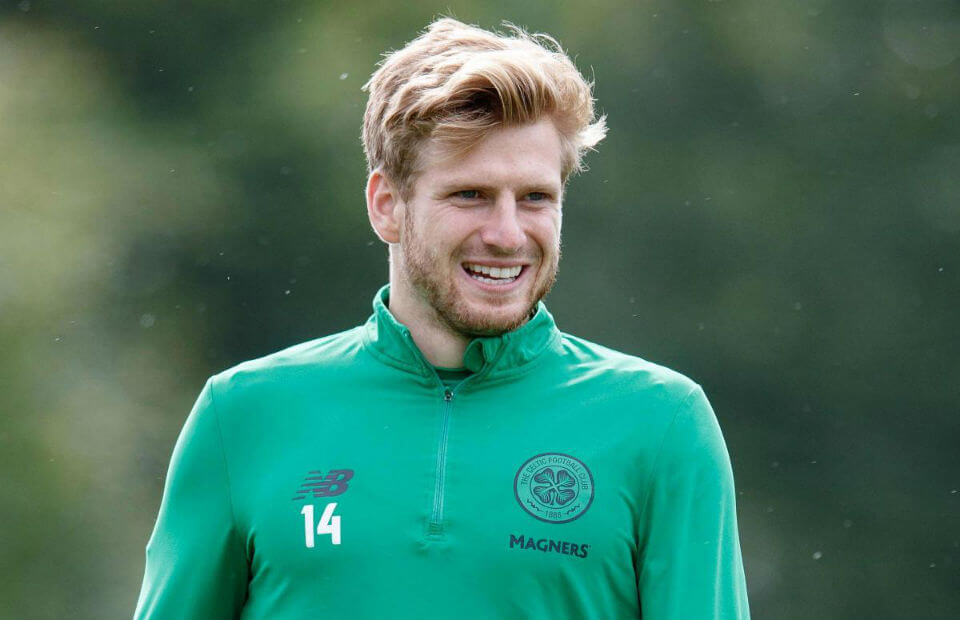 Celtic boss Brendan Rodgers has revealed his delight that midfielder Stuart Armstrong has committed his future to the club by signing a new deal.

The Scotland international had entered the final 12 months of his previous contract at Parkhead, but he has now put pen to paper on a new deal that runs until the summer of 2019.

The 25-year-old, who was a key figure in Celtic’s treble-winning success last season, had been linked with a move to the Premier League, with reports suggesting that Southampton and Swansea were interested in his services.

Rodgers admits he is relieved the former Dundee United ace has now chosen to commit his future to Celtic and he believes the deal suits both the player and the club.

“It is what it is,” The Northern Irishman said. “The club, player and representative have found agreement.

“For me I just wanted to ensure the player was happy and the club was happy and, if they both can find that, then I’m happy.”

Rodgers believes it was always Armstrong’s preference to stick with the Glasgow giants, despite the reported interest from elsewhere.

“I felt he always wanted to sign and it was a case of getting it over the line so well done to him, his agent and the club for getting it sorted,” Rodgers added.

Celtic have won the Scottish Premiership title in each of the last six seasons and they are priced at 1.04 to claim overall glory once again this term.