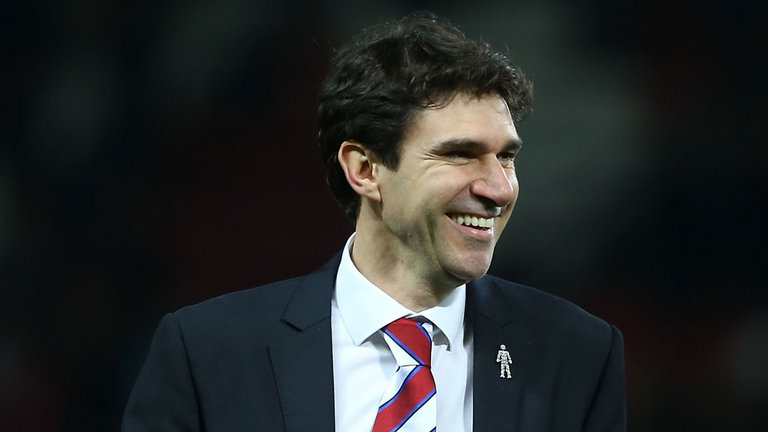 Aitor Karanka retains his belief that Middlesbrough will avoid relegation from the Premier League despite just four wins from 26 games so far.

That return is the lowest of any top-flight team thus far but Karanka believes his players have been deserving of more.

Still, the Spaniard concedes this weekend’s game against Stoke is vital, given the tough schedule ahead.

Manchester City in the FA Cup and then Manchester United in the league are next up and so the trip to Stoke takes on added importance.

His side are above the relegation zone on goal difference alone but Karanka feels Middlesbrough could easily be sitting alongside 10th-placed Stoke.

“With the performances we have had in the games we have played, I could have now 32 points on the table,” he told reporters.

“But the reality is that we have 22, so now it’s Stoke, three points, then the cup and then Manchester United and the international break, so three points against Stoke would be really important for us.”

A 3-0 win against Swansea on December 17 is Middlesbrough’s only league win in 10 games but Karanka is not feeling additional pressure and the former Real Madrid coach is determined to achieve his season’s goal of staying up.

“I am used to living with the pressure. You can take the pressure when you are doing everything. I would have more pressure if I went home every day thinking I could do more, maybe if I changed this or I changed that,” he added.

“When you are doing your best, you just have to trust your job.”

Middlesbrough are 4.20 to win away at Stoke, while they are 1.83 to be relegated this season.