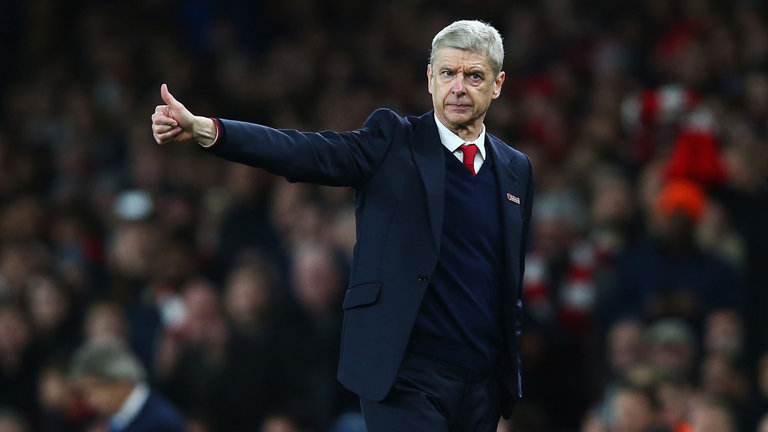 Arsene Wenger preparing to carry on at Arsenal

Arsene Wenger has dropped his biggest hint yet that he will defy disenchanted Arsenal supporters by agreeing to extend his stay at the Emirates Stadium beyond this season.

The 67-year-old has seen his 20-year tenure come under recent attack from a section of hardcore match-going Gunners fans over a perceived lack of ambition.

The north Londoners have lost six of their last nine games – an alarming loss of form which included a 10-2 aggregate defeat to Bayern Munich in the Champions League, while two of their three wins in that time came against non-league sides Sutton and Lincoln in the FA Cup.

Arsenal last won the Premier League title in 2004 but have never finished outside the top six during Wenger’s watch.

But, in the face of another protest planned ahead of Sunday’s visit of Manchester City, the Frenchman, who has confirmed he has already made his mind up about whether to stay or go, said his work was not done.

Asked if he was planning for next season, the Frenchman, whose contract expires in the summer, replied: “Yes, of course.

“But that again, I told you, do I stay two months or 10 years, I plan. I do my job exactly the same. Of course you can do that.”

Wenger said he was not concerned that potential close-season targets might be put off joining the capital giants because of uncertainty about his future.

“But we are at the moment not in a transfer mode. We analyse what we have to strengthen but we are not in contract negotiations at the moment with players.”

Wenger also said he will not tolerate any of his players easing down between now and the end of the season or using his situation as an excuse for the club’s recent run of poor form.

“It would be an easy excuse and I could be out of contract and I am at the end of the season and still perform,” he told Sky Sports News.

“For me whether I stay three years or 10 years I have exactly the same commitment and the same desire to win the next game.

“I believe as well we are in the position where we do not have to find easy excuses. Our job is to perform – can you perform despite that?” Arsenal are currently priced 3.10 in the match betting to bounce back with the win on Sunday and the draw outcome is quoted 3.60, while Pep Guardiola’s City can be backed at 2.30 in the 90 minutes market.