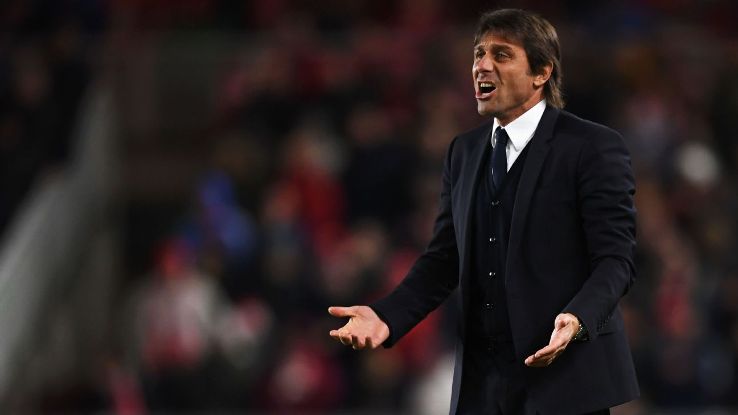 Antonio Conte to follow code of conduct over Alexis Sanchez

Chelsea manager Antonio Conte says he will not be getting involved in a public auction with Arsenal over Alexis Sanchez and will only firm up his transfer plans when the season is over.

Chile livewire Sanchez has scored 18 goals in the Premier League so far this season but has yet to commit to a contract extension at the Emirates Stadium beyond 2018.

The 28-year-old said he recently he would “like to stay in the city [London] but with a team that is winning things, that has a winning mentality” in what was perceived as a dig at Arsenal and an open invite for table-toppers and London rivals Chelsea to make an offer for him.

Conte would not be drawn directly on Sanchez’s comments but made no secret of his admiration for the former Barcelona star when asked about his situation.

“I think it’s very disrespectful of players from other teams [to talk about this], but for sure, he’s a top player.

I can say this,” the Italian told reporters. “But I don’t like to talk about players from other teams because it’s disrespectful for the players of other teams, other clubs and my own players.”

Chelsea are currently 10 points clear at the top of the Premier League and Conte knows he will be buying from a position of strength if they are crowned champions when he enters the transfer market in the summer.

The former Italy boss says only then will an assessment be made about areas that need strengthening.

He said: “For us the most important thing is for us to try and finish this league and try to win.

Then, once this season is finished, with the club together we will talk about the right way to try and improve our team and our squad.

“That will be very important, but I don’t see any problems about this. This club has great ambitions. It was so in the past, and it will be so in the future. I’m very happy to be coach of this club.”